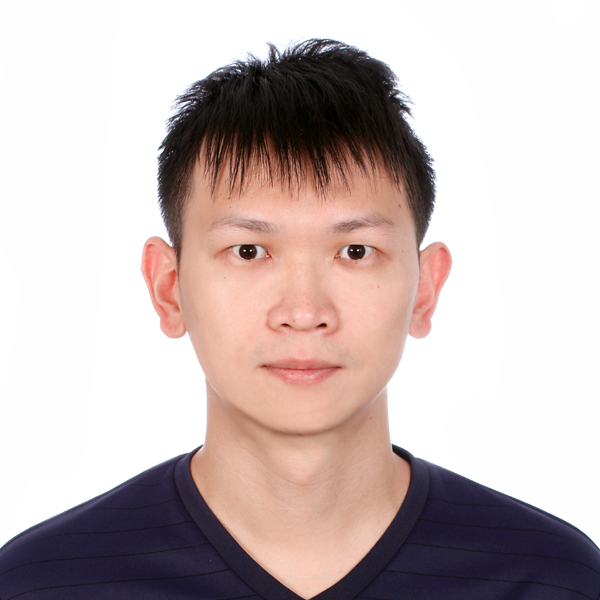 The overarching theme of my research is understanding how galaxies form and evolve using high-fidelity hydrodynamical simulations, with an emphasis on interstellar chemistry. Understanding galaxy formation requires a profound knowledge of how gas, metals, and dust flow into, through, and out of galaxies. Gas radiatively cools, gravitationally collapses into molecular clouds and forms stars, which in turn inject energy, momentum, and metals back into the interstellar medium (ISM) via stellar feedback, driving turbulence, destroying clouds, and launching galactic winds. The ISM and winds are both multiphase in nature, and our knowledge of them comes from multiwavelength observations. Therefore, their chemical properties are of fundamental importance as they dictate the observational tracers of different phases. My research aims to answer the following questions:

Revolutionary observatories such as ALMA, JWST, and SKA will provide exquisite multiwavelength data in the coming years, and it is timely to design and perform simulations that can reliably make predictions of these observables. While modern cosmological simulations have made significant progress in forming realistic galaxies, they still (and will remain to) lack the required resolution to capture the multiphase ISM structures and the feedback processes In light of this, high-fidelity simulations, where small-scale processes are resolved and simulated “from first principles”, offer a promising way forward.

H2, CO and the CO-to-H2 conversion factor (X_CO) in a self-regulated interstellar medium

In typical star-forming galaxies with solar metallicity, CO emission is a robust and the most widely used tracer for the invisible H2 gas where star formation occurs. However, at low metallicites where dust shielding is ine cient, the UV radiation penetrates deeper into the clouds and photodissociates CO, making it a poorer tracer.

In this paper, I conducted simulations of the feedback-regulated ISM in the “stratified disk” setup with an unprecedented dynamical range both temporally and spatially, running for 500 Myrs and reaching sub-parsec (~0.2 pc) spatial resolution (which has previously only been achieved with the “zoom-in” techniques and was limited to a few Myrs). The long time period allows me to sample a large ensemble of clouds while the sub-parsec resolution is critical for resolving the dense and compact cores where CO lives, especially at low metallicities. In addition, I explored a large metallicity range (from 0.1 to 3 Z_solar), covering the low-metallicity regime typical in dwarf galaxies for the first time in SN-resolved stratified disk simulations. I showed that at low metallicities, the steady-state model substantially over-produces H2 but not CO, because H2 is limited by the available time for it to form in the dynamic ISM. 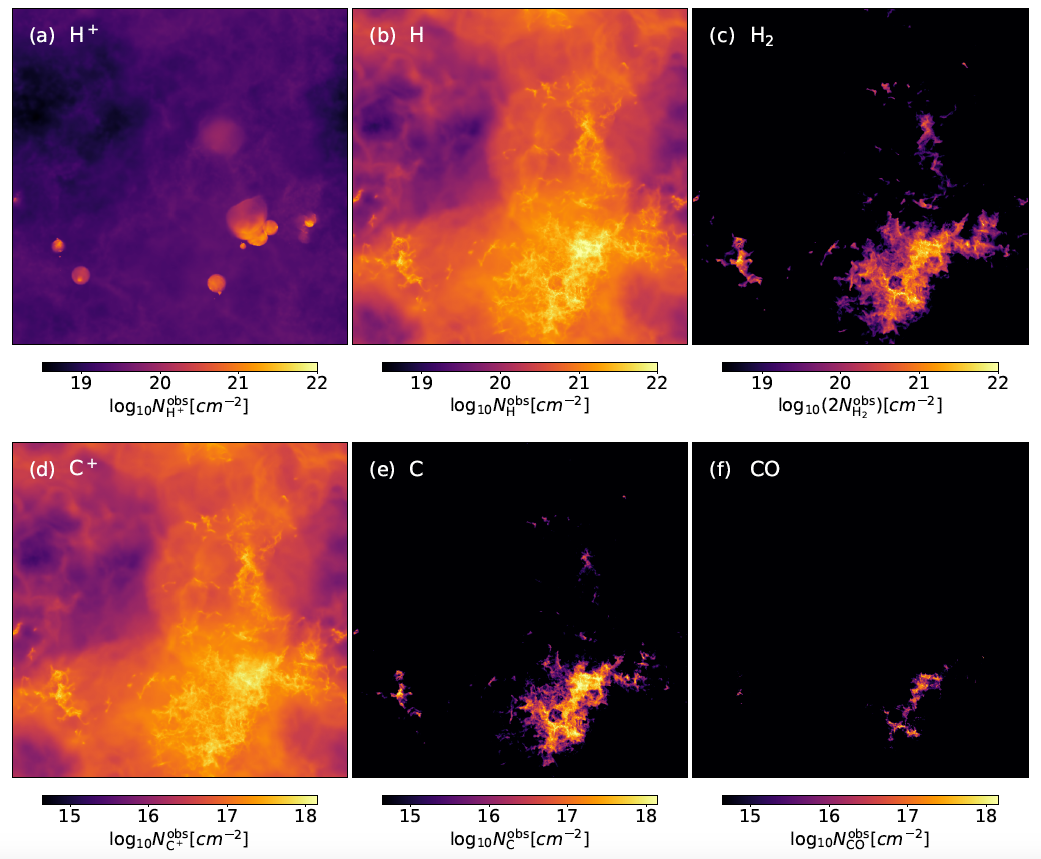 In this paper, I constructed synthetic maps of CO(1-0) and CO(2-1) using the radiative transfer code RADMC-3D. I showed that on parsec scales, X_CO varies by orders of magnitude from place to place, primarily driven by the transition from atomic carbon to CO, and it drops to the Milky Way value once dust shielding becomes effective, independent of metallicity. X_CO is a multi-variate function of CO intensity, metallicity and beam size. Describing X_CO as a one-parameter function of metallicity is incomplete as different telescopes measure X_CO in different regimes of the parameter space, Taking all three variables into account allows us to better infer the H2 mass. 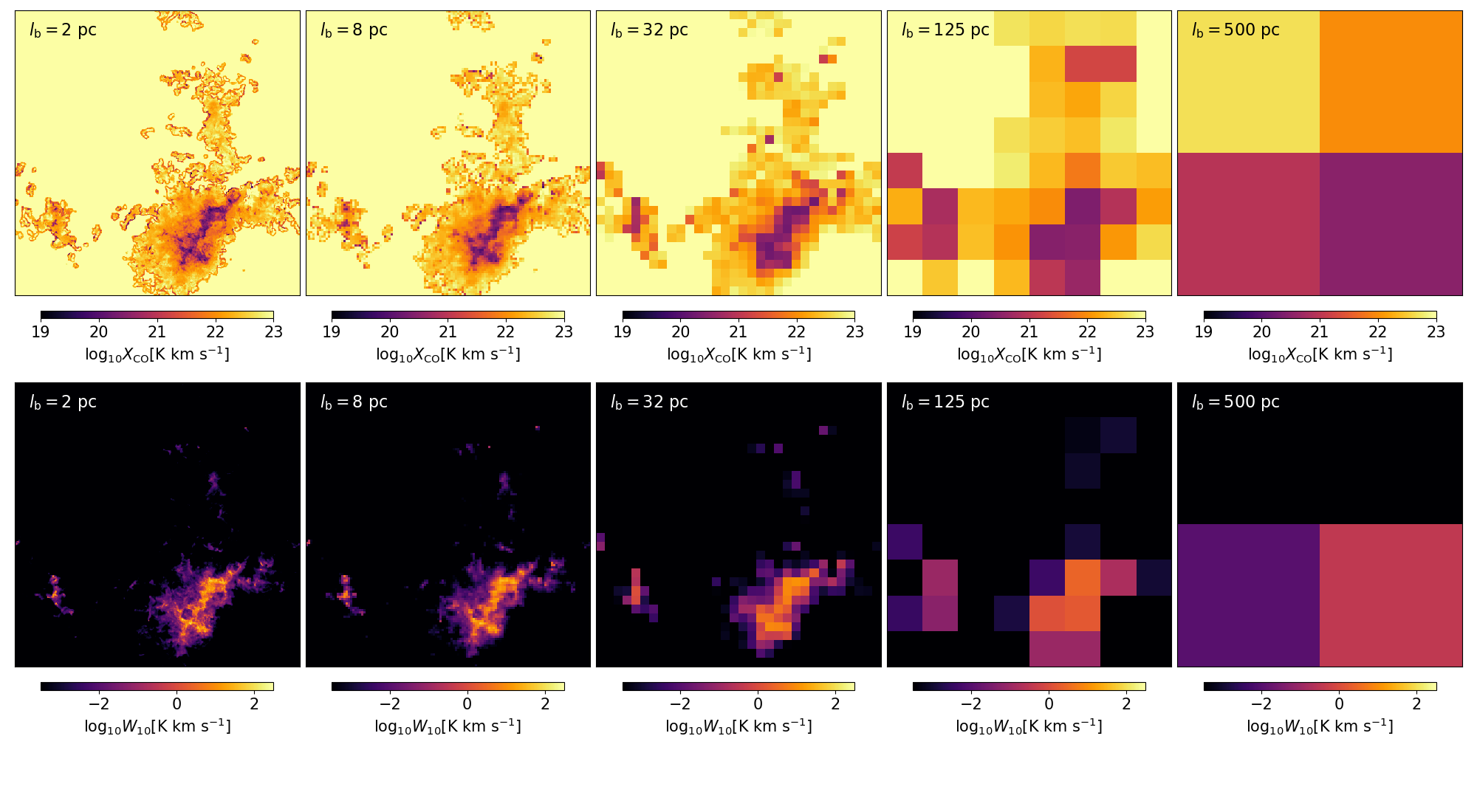 Dust is an important element of the ISM: it provides a major heat source via the photoelectric effect and triggers H2 formation and all the subsequent chemistry. However, most simulations treat it as a constant field, while a few simulations that include dust evolution only do so in a sub-grid fashion. In this paper, I have developed an ab initio scheme to simulate dust sputtering by SN blastwaves, following the dust dynamics governed by direct collisions, plasma drag and betatron acceleration. With it, I have conducted the first hydrodynamical simulations of dust destruction in an SN-driven multiphase ISM in the solar neighbourhood and quantified the destruction timescale. 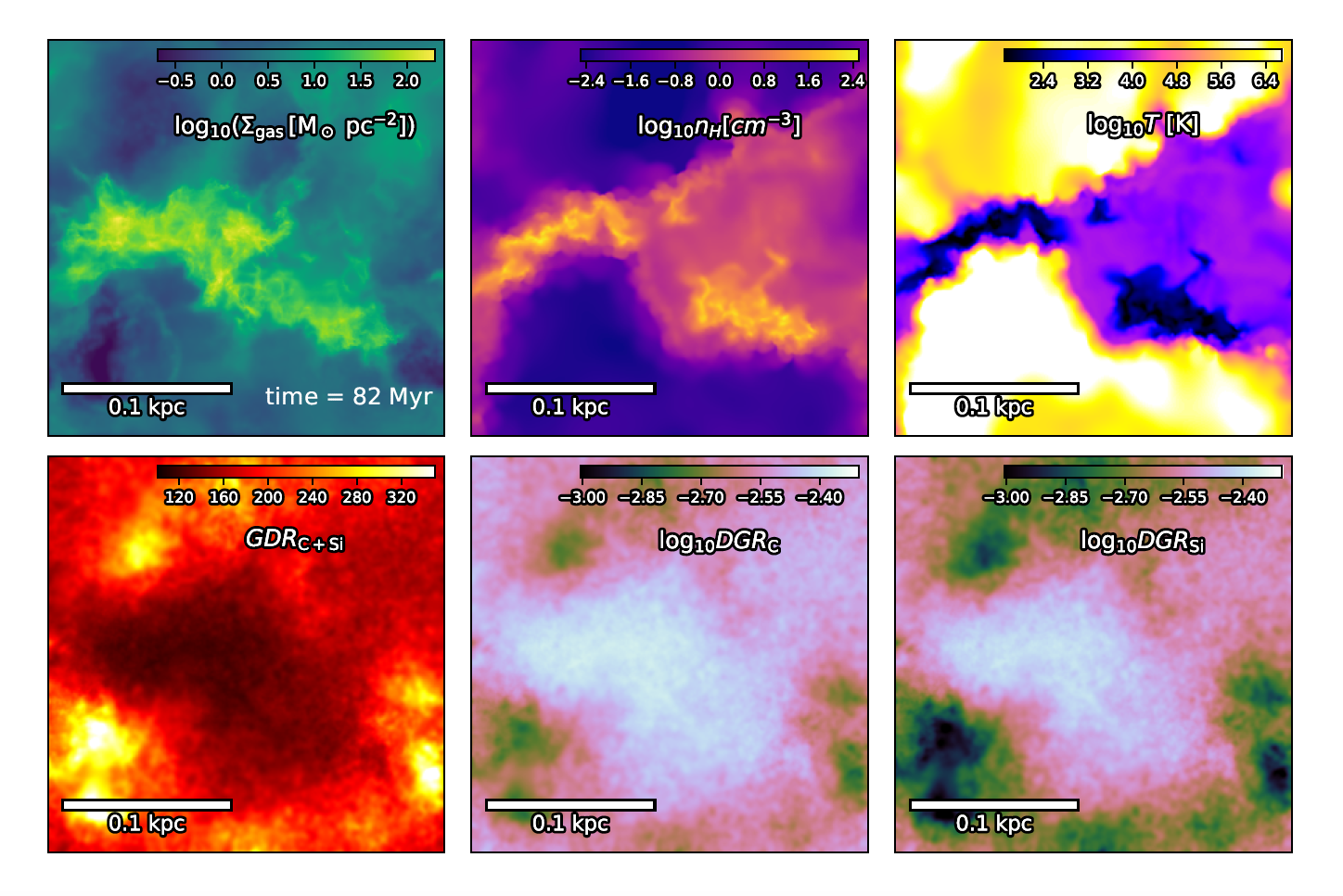 A priori validation of subgrid-scale models for astrophysical turbulence

Turbulence is ubiquitous in astrophysics. Resolving the full dynamical range of turbulence cascade is computational formidable, and turbulent mixing on the sub-grid scales is often treated as a diffusion process, either explicitly or implicitly. In this paper, I ran both the isothermal turbulent box and the wind tunnel simulations, and I showed that the instantaneous turbulent transport is highly anisotropic and hence isotropic diffusion is a poor approximation. Instead, a gradient-based model based on Taylor expansion predicts the sub-grid fluxes much more accurately. 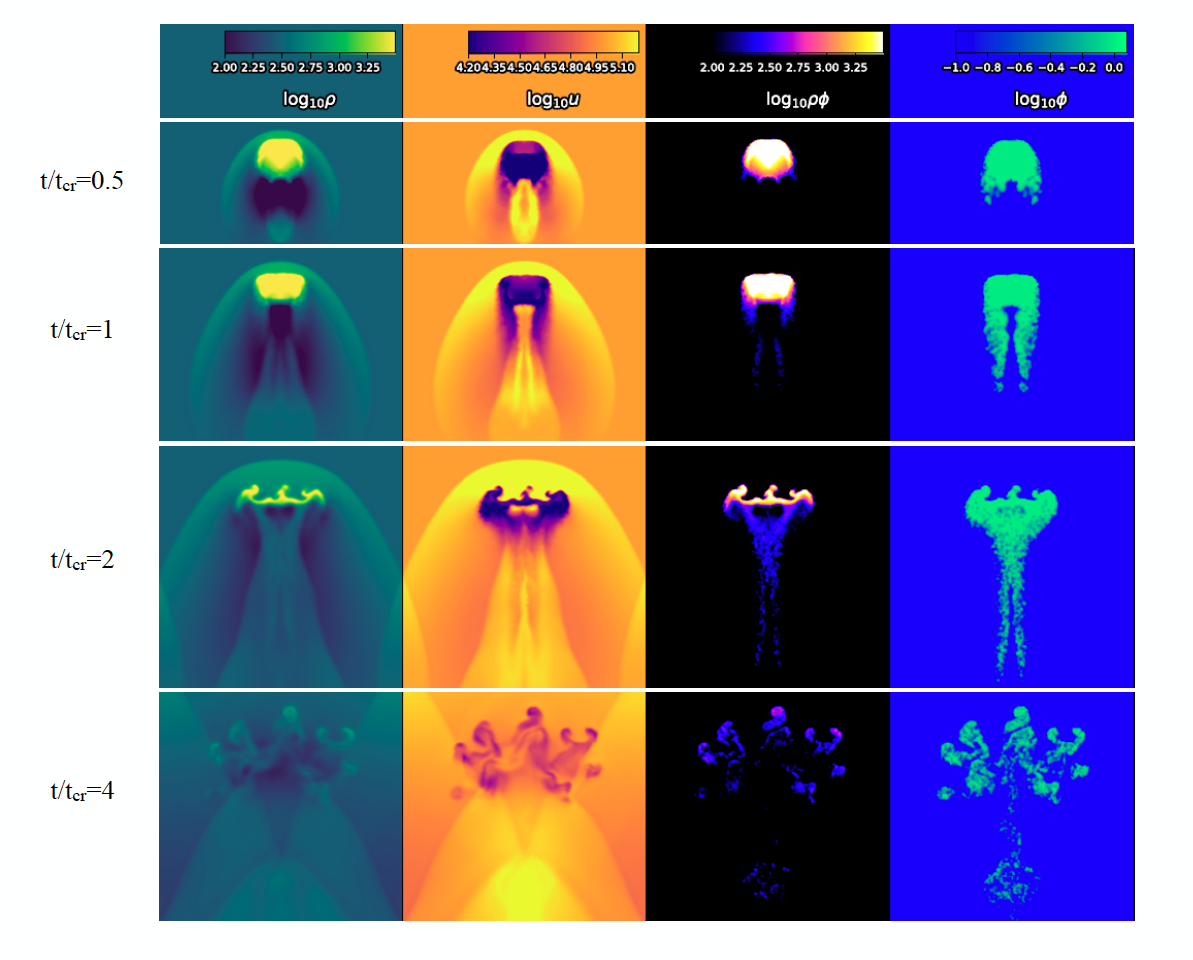 SN-feedback is thought to be the primary mechanism to drive galactic winds. In this paper, I quantified the fluxes of mass, momentum, energy and metals of the galactic winds in dwarf galaxies as a function of radius. I showed that the predicted winds are much weaker than what cosmological simulations commonly adopt, with a mass loading factor around 3 to 5. In addition, the widely-used momentum-based sub-grid model for SN feedback does not help drive winds, as winds are driven by thermal pressure rather than momentum. 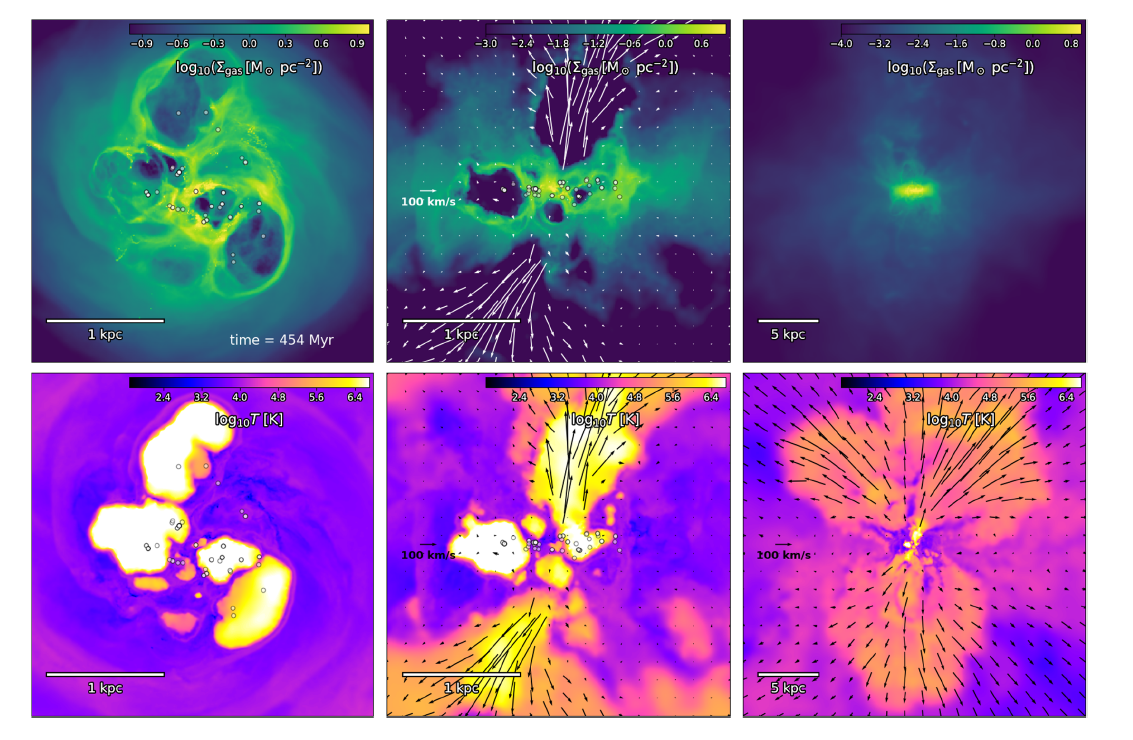 Dwarf galaxies form stars ine ciently, with their depletion time comparable to the Hubble time. The origin of their long depletion times is still unclear. In this paper, I developed a novel scheme to form and follow individual massive stars in galactic-scale simulations for the first time. I showed that SN-feedback is the primary mechanism (rather than photoelectric heating) for suppressing star formation in dwarf galaxies. The predicted ratio of C+ emission to dust continuum matches observations of nearby dwarf galaxies only when SN-feedback is included. 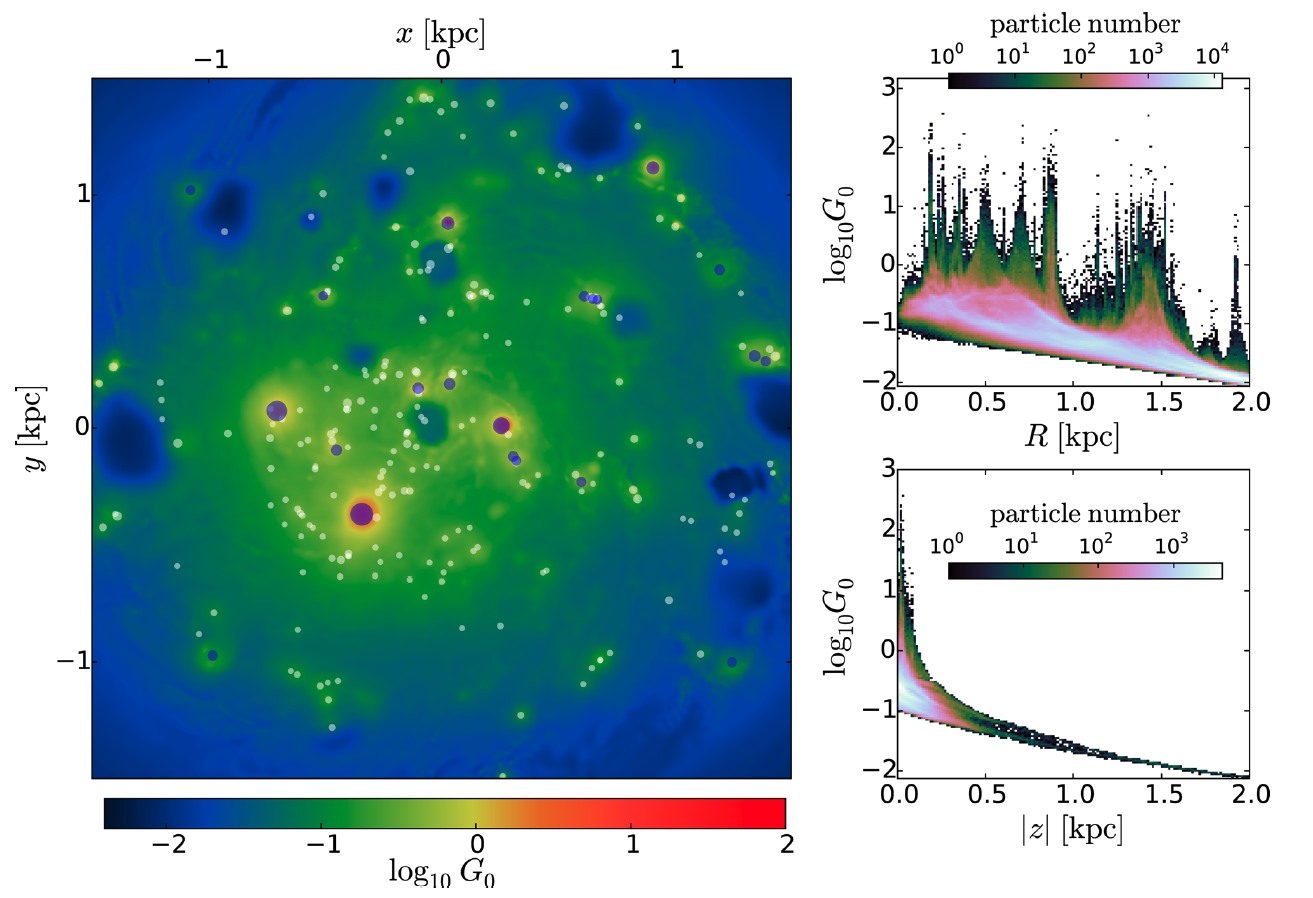 The amount of molecular hydrogen (H2) in dwarf galaxies is poorly constrained as the main tracer, CO, is often too faint to be detected. In this paper, I conducted the first SN-resolving, galactic-scale simulation with sub-pc resolution. I showed that the correlation between H2 and star formation breaks down at low metallicity (Z = 0.1 Z_solar ) on galactic scales, casting doubt on the applicability of the widely adopted H2-based star formation recipes in cosmological simulations and semi-analytic models for low-metallicity environments commonly found in high-redshift galaxies.

SPH is a very popular numerical method of hydrodynamics in astrophysics thanks to its inherently adaptive spatial resolution. However, traditional SPH has severe difficulties to properly model fluid mixing and suffers from a slow convergence rate. In this paper, I have developed an SPH scheme with a noval limiter for the artificial viscosity and thermal conduction, implemented it in the Gadget-3 code, and found remarkable improvements in both fluid mixing and shock capturing in the validation tests. This SPH scheme has been used in many of my papers and by my collaborators. 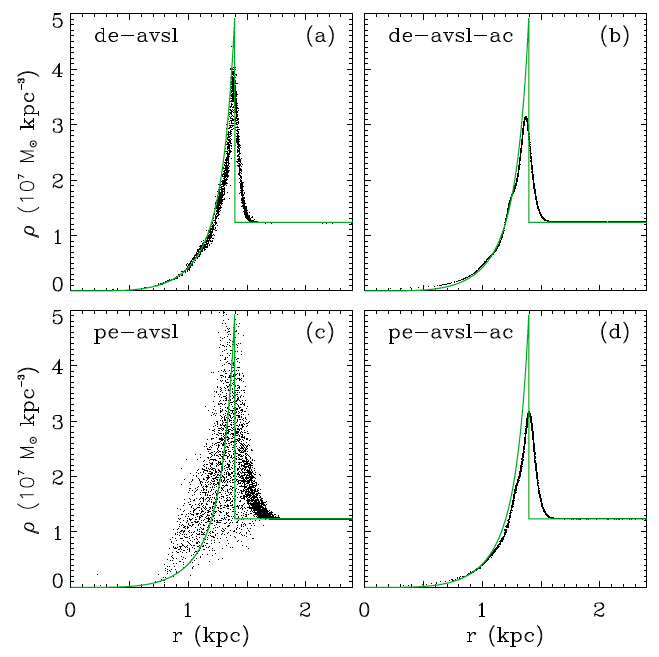